It all started with a legendary horse blanket. In 2006, Bethesda released The Elder Scrolls IV: Oblivion, the first video game in which you could buy additional game content for little money. Back then it was about shimmering armor for your horse, today skins, clothes, weapons, dominate the gaming market. Microtransactions are on the rise and are now a permanent fixture in most games. But what is the attraction of these little gimmicks and how much money do we actually spend on them?

From the horse blanket to the rocket launcher

The global gaming industry is changing. Around 20 years ago, there were two basic requirements for video games. Games had to be A – done and B – good in order to achieve long-term success with the gaming community. Not much has changed to this day, but the creeping trend can be observed that developers are increasingly working according to the games as a service concept and finalizing games with much-needed updates long after the actual release. This approach also causes an economic turnaround in the games. For some years now, the largest turnover in the industry has no longer been generated by the titles themselves, but rather by so-called microtransactions.

Microtransactions in video games are far from news. The origin of the small payments, which are usually in the range between € 0.01 and € 5.00, especially in the free-to-play sector. The concept behind it is as simple as it is ingenious. The developer makes a game available for free, but offers players so many incentives to improve their own gaming experience with small amounts that the product is self-sufficient in the end. Many players see the small investment as an isolated amount and forget that in the end a significantly larger sum may have flowed into the game than initially planned. Real money casino providers, for example, also ask for that, so you can find some on the website EchtgeldCasino.co. Both systems are not controversial.

From micro to macro

From a purely economic point of view, microtransactions are arguably some of the best that could have happened to the video game industry. An official report by the Association of the German Games Industry showed that the local games market is still growing, not least because of the supposedly small payments. A direct comparison between the first half of 2017 and 2018 shows profits that have increased by a whopping 17 percent. This is particularly due to the microtransactions, because the turnover of digital goods and additional content has increased by around 246 million euros within one year. At the same time, sales in the area of ​​app purchases, i.e. the games themselves, fell noticeably, in terms of the service concept; everything is currently about fewer games on the market,

However, the microtransaction concept has also undergone a change in recent years. The trend is from micro to macro. While players initially only had to pay cents for small in-game goodies, the prices for digital goods have literally exploded in recent years. Small example: In Fornite: Battle Royale there are now more than 400 different skins, the rarity and quality of which vary. For one of the quite common skins you currently pay eight euros, while the extremely rare legendary representatives now pay a proud 20 euros. The magic limit of five euros, which once applied to microtransactions, has long been exceeded. Accordingly, the financial success of this method can also be explained easily.

Now you might be thinking that Fortnite is for kids, who are easily distracted. But I am older and smarter and would not get pulled into the world of micro transitions. Well you are sorely mistaken; microtransititions are not just targeted towards teenagers or people who are really into gaming. Games like Fifa, NBA or NHL have huge followings of older players and they have come up with fantasy modes where you can create your own teams and compete with other pro players and how do you do that? You unlock players, buy or sell them using in-game currencies and how do you get those currencies? You buy hut coins or Fifa points or some other in game currency in order to then buy your desired players.

Where does the success come from?

Behind this is an effective mixture of customization effects that constantly give us players the feeling that we have to stand out from the – in this case very fitting – gray crowd and clever marketing strategies, because a new truckload of skins usually works Playful changes (events, specials) go hand in hand – free of charge, of course. Of course, all of this only works under the premise that games such as Fortnite, League of Legends, Star Wars: Battlefront 2 and Co. are further developed and supported over the years. It is impossible to imagine what will happen if Epic Games should disband the Fortnite servers within a few weeks and run away with the millions of players – a gloomy vision of the future – but not too far from our reality.

Basically, this system can be compared to the real money casinos of our time. There, too, small amounts of money lure with something bigger, maybe even with really big money. In this scenario, fun and uniqueness are replaced by potential money wins. 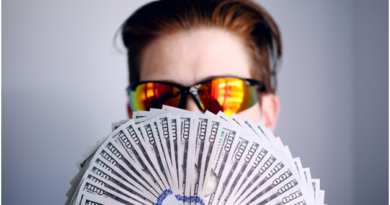