Being the largest producer and exporter of coffee in the world, Brazil and coffee have become synonymous. Not only does Brazil produces a large amount of coffee to be exported to the different corners of the world, but also the Brazilians are a regular drinker of coffee and cherish a good cup of coffee anytime.

A good cup of Brazil coffee is usually cafezinho, a preparation sourcing from Brazil herself, and a drink that locals just love to have!

Here, we have mentioned every detail about cafezinho that you need to know and how it integrates into the Brazilian coffee culture.

Coffee is fundamental to the history and cultural composition of Brazil. It was brought by French settlers to Pará, in northern Brazil, at the beginning of the 18th century. By 1820, coffee had overtaken sugar cane as the country’s main export product. Once crops began to be produced in the highly fertile Sao Paulo and Rio de Janeiro, coffee production peaked.

In the 19th century, Brazil was the largest coffee exporter in Europe and the United States. In 1840, Brazil officially became the world’s leading coffee producer and has held this title ever since.

Coffee is a source of pride in Brazil, not only for its quality, but also for how it helps Brazil. The Brazilian coffee industry alone can generate 8 million jobs! Brazilian coffee stocks are not good enough to be exported but are of good quality. Therefore, in Brazilian culture, people often enjoy coffee at an economical price. Most locals drink black coffee with a lot of sugar, to match the bitterness produced by most of the lower quality coffee beans grown in low altitude areas.

If cream must be added, the most popular is milk. Brazilians prefer the purity of coffee. This may be the reason why some people are wary of coffee made with machines like espresso and steer clear of coffee drinks that require additional ingredients and fuss. In many common places, such as gas stations and restaurants, coffee is usually provided for free. Traditionally, it is a small cup of filtered coffee that can be consumed at high heat by boiling with a lot of added sugar. However, do not confuse cafezinho with espresso, they are different.

The Cafezinho Culture in Brazil

In Brazil, cafezinho goes far beyond the meaning of the word. Cafezinho literally translates to “little coffee” and is synonymous with hospitality. An invitation to toast cafezinho is an invitation to put your business aside for a few minutes and enjoy a thick, sweet coffee and a conversation.

Long before America had a coffee culture, Brazil had botchequim, and this rich, sweet coffee was served in small cups throughout the day. Cafezinho is served at office meetings, at the service desk, after dinner in the restaurant, and at home. It’s a rare Brazilian hostess who doesn’t start making cappuccino right away when you walk through her front door.

The amount of coffee used and the brewing method guarantee a stronger flavor density than standard drip coffee or even espresso. Traditionally, Cafezinho also comes with a lot of sugar. In fact, most recipes for cafezinho begin by dissolving sugar in water. Making Cafezinho can be a relaxing habit, but when it comes to coffee, it’s not surprising.

What do You Need to Make Cafezinho.

You can use filter paper and filter cone to make Cafezinho. You can even serve cafezinho in a regular coffee cup, but in both cases, you will miss the true allure of making and drinking coffee. Many major cities now have residential areas in Brazil, where you can find coffeezinho cups and flannel filters needed to make cafezinho. You can replace the cup of cafezinho with a cup of espresso in no time, but you must use a filter cloth. If there is no Brazilian market near you, you can usually find them at any Hispanic supermarket. The final device is a small saucepan, preferably not aluminum.

Pour three-quarters of a cup of cold water from each Cafezinho into a saucepan. Add sugar to taste, usually about a teaspoon per cafezinho. Heat the water until it is just below boiling and stir to dissolve the sugar.

Boiling water will make the coffee boil and make it bitter. Add a tablespoon of finely ground coffee into the water and remove from heat. Stir well, mix the coffee grounds and the sugar water. Place the coffee flannel over the cafezinho and slowly pour the coffee mixture into it. This is a slow process, but don’t succumb to the temptation to squeeze the coffee through the filter. Not only will you risk burning your hands, but it will also make the coffee bitter by running the water over the ground too quickly.In Brazil, cafezinho is usually black, but many people prefer to add a little milk or cream.

This is all about cafezinho and how to prepare this good cup of Brazil delight. If you are looking for quality Brazilian coffee beans, you can always turn to us for the best products. 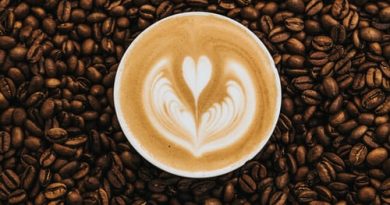 Know the Basic Facts of How to Import Coffee Brazil 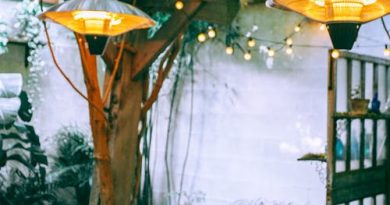 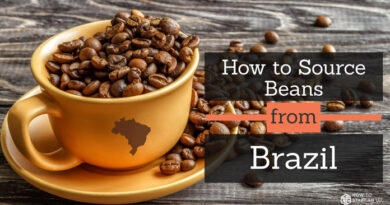